Here, someone may have to be carried out when they reach retirement before the 17-year-old gets access 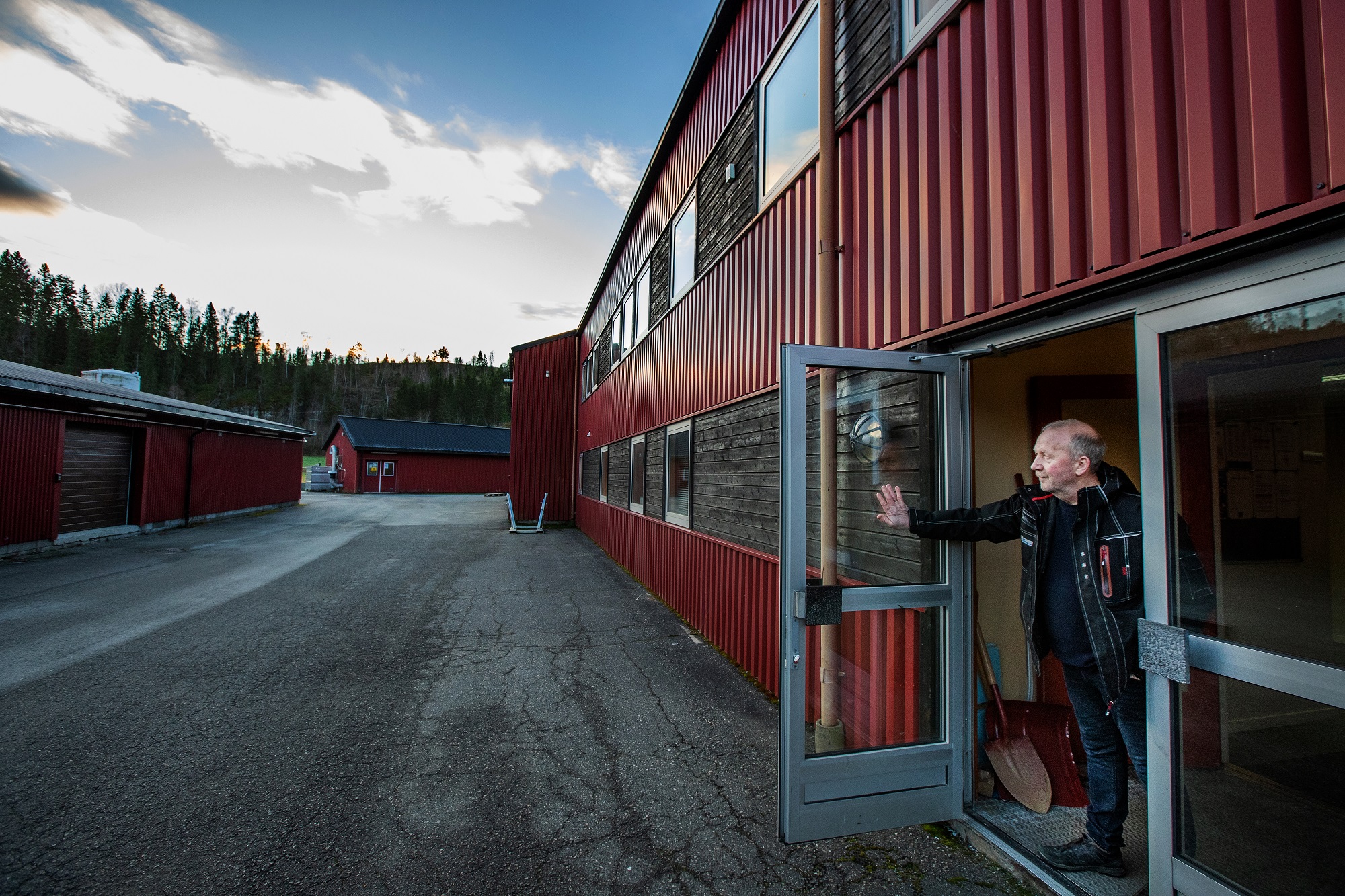 Here, someone may have to be carried out when they reach retirement before the 17-year-old gets access

The hatchery in Åsen has turnover far from normal.

Åsen Settefisk was established by Einvik Fisk in Flatanger in the mid-eighties, which then operated a hatchery at the old wood grinding mill. Eventually, several small fish farmers in the region joined the owner side. With the ravages of time, and in the name of mergers, it ended up with three owners, SinkabergHansen, Emilsen Fisk and Midt-Norsk Havbruk. In 2019, Måsøval took over the site with a staff of eight and a turnover far below normal.

One of those who thrive in the village, Georg Reinaas, has held the fort at the hatchery since its establishment in 1986. According to him, not many people quit before they reach retirement age.

Perhaps it was the fellow villager Andreas Lunnan’s words of wisdom “itj fårrå nålles” (roughly translated to “take it easy and don’t do anything without consideration”), that has been one of the reasons why the people thrive and stay here.

Although the 61-year-old has a few years left until the retirement benefits flow into his account, it is not certain that he will leave the company at the age of 67. The oldest here is the senior Joar Vordal with his 69 years. Right now, it’s his day off, since he only works 80 percent.

- A sale to Måsøval in 2019 may have come naturally since the owners were in the process of building new, larger smolt plants under their own auspices at Bindalseidet and in Osan. That we are located within a different production area probably also came into play. At least we were happy that Måsøval became owners, says Georg Reinaas.

May have to be carried out as pensioners on overtime

-       Here we have always had a stable workforce. When they first enter, they stay here, and we experience almost nothing but quitting due to age, Reinaas says.

-       But it is only positive, and the results show that the facility is saturated with knowledge and there is no fickleness in the operations, says Lars Jørgen Ulvan at Måsøval.

Most people live nearby. People thrive and then there is no reason to move. There are currently two on work placement at the facility, a girl from the second year at Guri Kunna on Frøya and one who studies aquaculture operations and management at Nord University in Bodø.

They drive on the E6, the straightest road to Skogn

In Åsen, they have a license for 2.5 million smolts a year and produce about the same. It is a flow-through system from 1986, which has been built up over many years with different parts. From 1987 onwards, it was complemented with a hot water department and starter feeding.

-  We deliver two groups a year, and the 1.6 million smolts we are going out with in April are about 160 grams. Around half a million of these will be sold to external parties. In autumn, 800 000 smolts will be moved from the tanks and out on the E6, says Georg Reinaas.

From Åsen all fish are transported by car, a transport for which Kristensen Transport is responsible. They have three trailers that drive in shuttle traffic to Norske Skog’s dock in Skogn. Each car supports around 2 700 kilos, which means that it takes 20 trips along the road to fill a well boat at the dock in Skogn.

-       The logistics have been perfected over several years. It may sound a bit brutal to transport them by car, but there is less mortality during release here, than elsewhere, Ulvan Says. At the dock in Skogn, Måsøval’s chartered well boat, “Havtrans”, is waiting.

The tanks inside were built by Teknor Systems at Steinkjer in the early 2000s. They collect all the sludge that is subsequently sent to Norske Skog’s plant at Skogn to become biogas. In 2017, they installed the vaccination facility.

The concrete tanks here are cast in the same shape as the silage silos that stand around the countless farms on Frosta. They originate from the establishment in 1986. Today there are fish in 31 of a total of 32 tanks, 18 outdoors and 14 indoors. The breeder Knut Christiansen has been here for 17 years, while his colleague, Terje Høiseth, can boast a 20-year anniversary at the facility this year. We’re talking stable workforce here.

Taken by the smolt at the first school visit

One of those who can’t wait to be employed here one day, is 17-year-old Ingrid Anderssen Aaknes, also from the village of Åsen.

- I was here during a school visit one day when I was in ninth grade. Already then, I decided that I would like to work here at the smolt facility. I do not have family or such that works in fish farming, so it was completely new to me at the time, but I still decided pretty quickly.

Today she is in her second year of Aquaculture at Guri Kunna upper secondary school at Frøya and has about a month remaining on her work placement. In the office we find someone who can be called a rookie, having only been employed here for half a year. The 28-year-old Tormod Stenersen, from Trondheim, is an operations technician.

-       It is very good to recruit young people that show interest. I already thrive very well. Today I commute from Trondheim, but will soon bring my partner and children to settle down here in Fosen, says Stenersen.

Eight men rent to one woman

So, there are eight men working at Måsøval Åsen today. This does not mean that the building is completely free of the other sex. They are regularly visited by Lene Stensås Gulliksen (34) who rents an office here at the facility. Normally she works at Måsøval on Frøya, but as a cleaner fish coordinator she can also work from here.

Since she both lives and comes from Åsen, only three minutes from the facility, it suited her well when she started in the position two years ago. From before, she has a master’s degree in marine biology with a specialization in aquaculture.

- In Måsøval, we have reduced the use of cleaner fish somewhat, so we now have a few choice sites we focus more on. The species’ lumpsucker, goldsinny wrasse and ballan wrasse are used depending on site and season, says Stensås Gulliksen.

With the new sites Måsøval has acquired, there will soon be four sites that utilize cleaner fish. The last one they release in, is the site Orholmen.

-       The cleaner fish is released at sites depending on where the greatest lice pressure is, and where we can expect to avoid other treatments. If the lice pressure is very high, we choose not to release cleaner fish. Thereby avoiding the extra work of fishing out the cleaner fish before potential treatments. We have just started with this strategy, but it looks like there will be another site in the autumn. We will continuously evaluate this, says Lene Stensås Gulliksen. 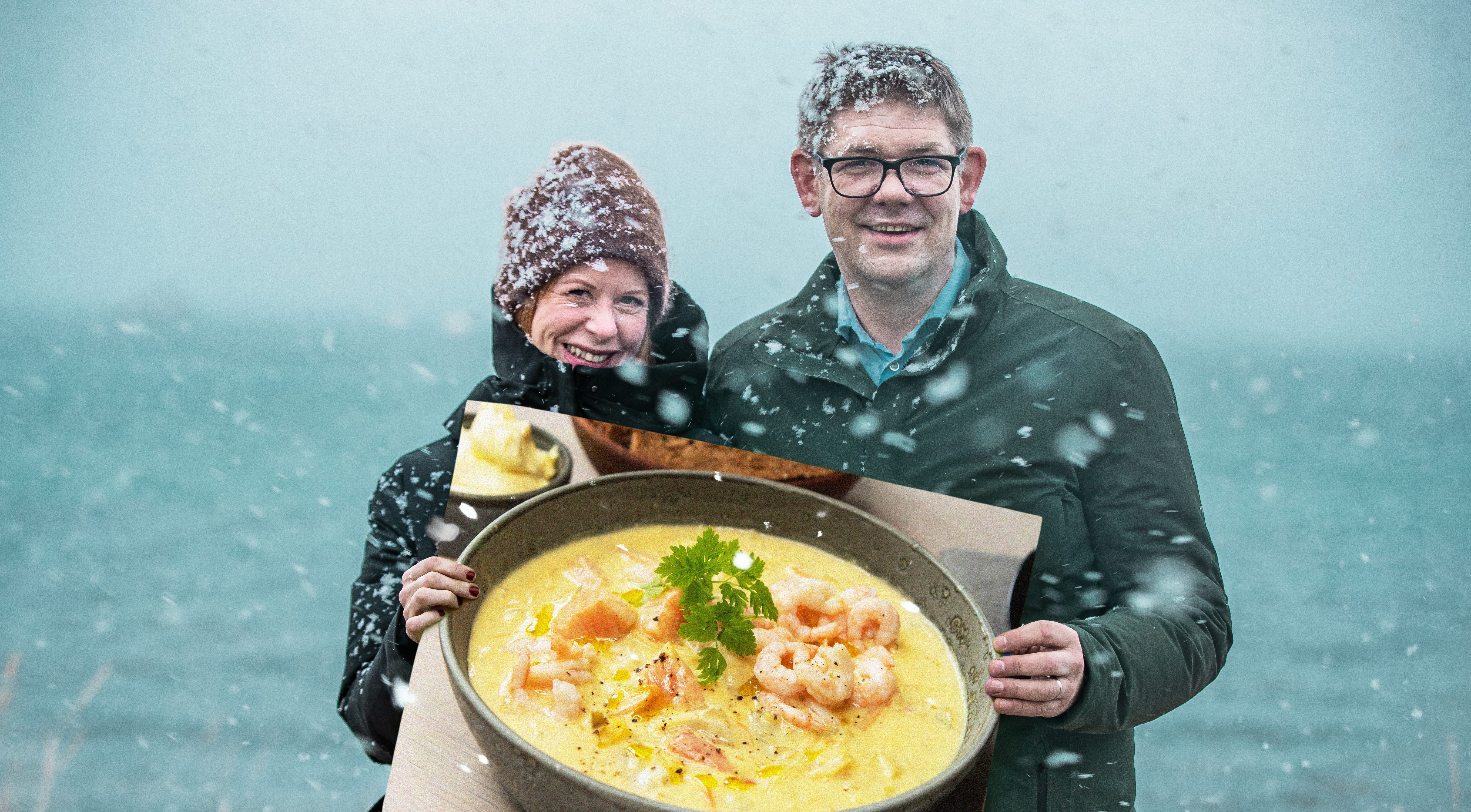 Måsøval had an operating profit of MNOK 85 in the fourth quarter of 2021, compared with MNOK -20 in the same period last year.
Read more